Ever since BMW announced they’d grace the automotive world with their biggest, most luxurious, best-equipped SUV ever – the X7 – fans all over the world have been clamoring to get real-life photos of this Munich masterpiece. Last week, we got the opportunity to do just that.

Earlier this month BMW sent out invitations, partnering with BMW Seattle to host a special “closed door” event hosted offsite at what could be best described as a regional country club for car lovers – The Shop. Initially the event was supposed to be “no photography/filmography” but later was updated to allow guests to take photos. What follows is a series of photos that were taken by me with…my phone. Sorry for the quality, but we thought you’d enjoy some live photos of the X7 regardless! 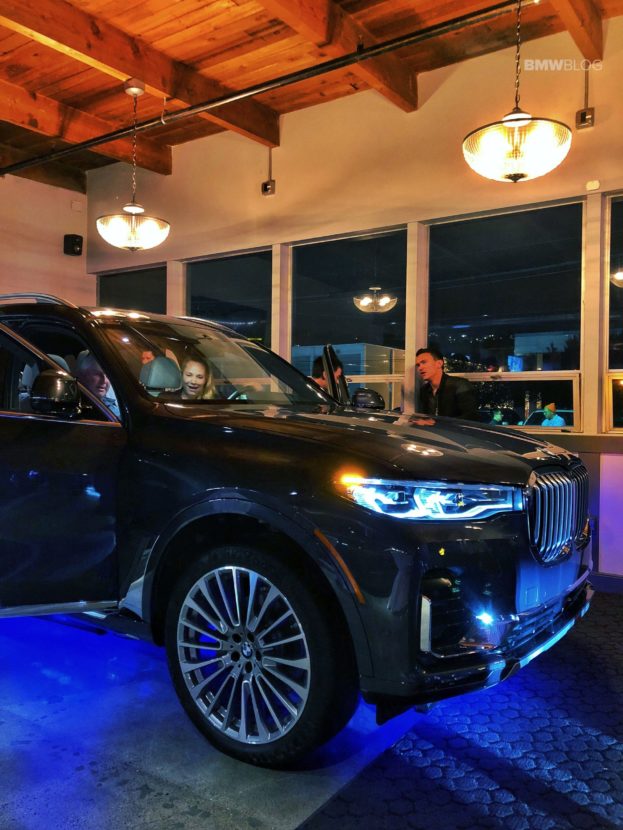 The X7 is massive, and depending on what color options you select, it can appear even bigger. This is a good thing in my opinion. When you’re on the market for a large SUV, you’re on the market for a large SUV. If you’re not a fan, there are smaller variants that you can look at, but in this case BMW was in pursuit of the biggest X they’ve ever made, chock-full of luxury amenities, comfort, and safety. A great testament to this is the colossal BMW kidney grille up front. 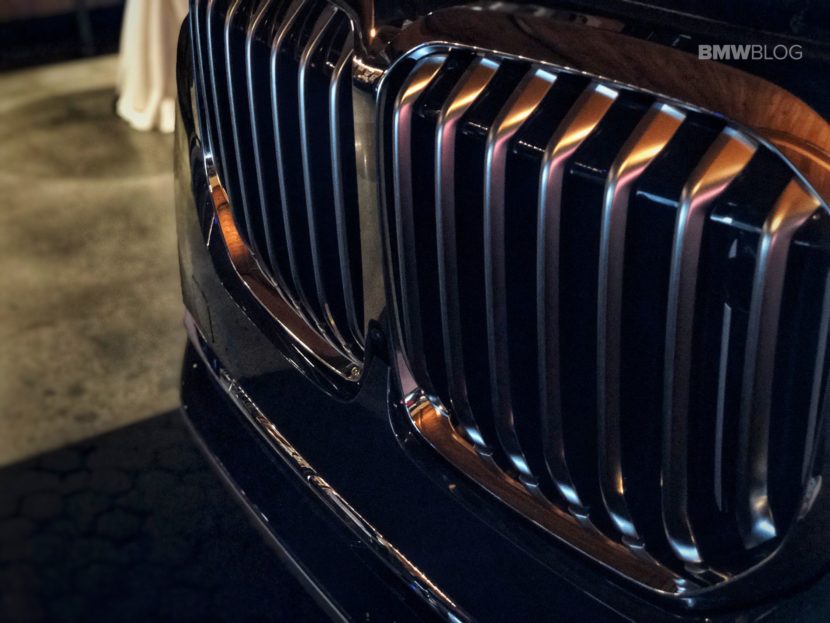 The event itself hosted at The Shop was low-key and intimate. Music was played to keep the atmosphere lively and hors d’oeuvres were served along with drinks to keep guests fed and entertained. Amidst the crowd, the star of the show, the X7, was easy to spot. Front and center, it attracted crowds around it. LED-lit, photography was a bit difficult, and waiting in line to actually hop into the beast was definitely required. Once in the driver seat however, everything melted away. The music. The crowd chatter. The lights. Everything. I’ve never sat in a more comfortable, soft, plush, leather-clad seat in my life. Not even in the M760i. Every surface I touched felt polished, refined, and meaningful. The gear selector looks like something straight out of a Swarovski showroom. I’m not kidding. 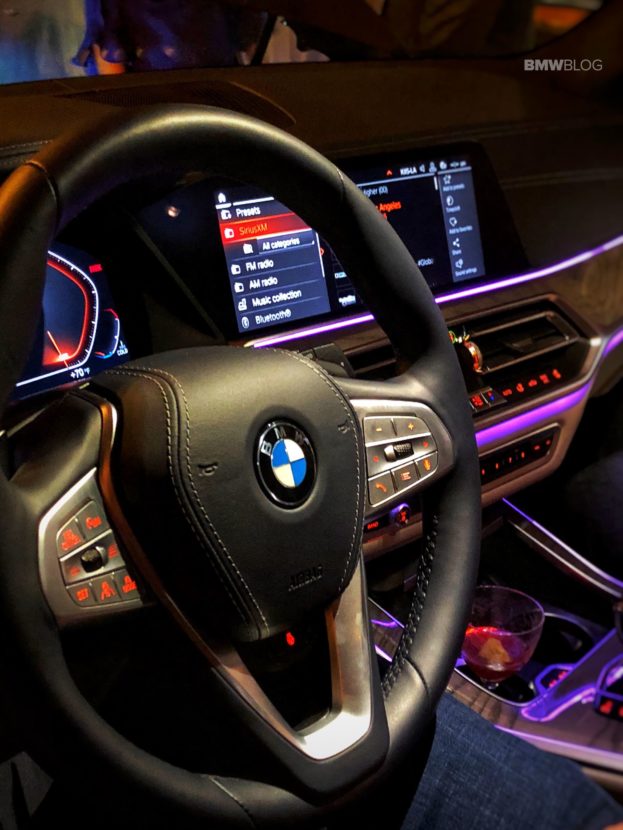 This X7 was configured to seat 6 passengers. Hopping in the rear, I was pleasantly surprised that the comfort and rich seat-experience from the driver was transferred to the rear seats as well. Moreover, the 2 mid-placed seats were outfitted with BMWs enhanced touch-enabled entertainment system. One for each passenger! Playing around with the iDrive touch-enabled system I started changing the interior mood lighting, to which everyone that was sharing the X7 with me reacted positively. And then they asked me to cycle through all the colors. I basically became a mood-light DJ. 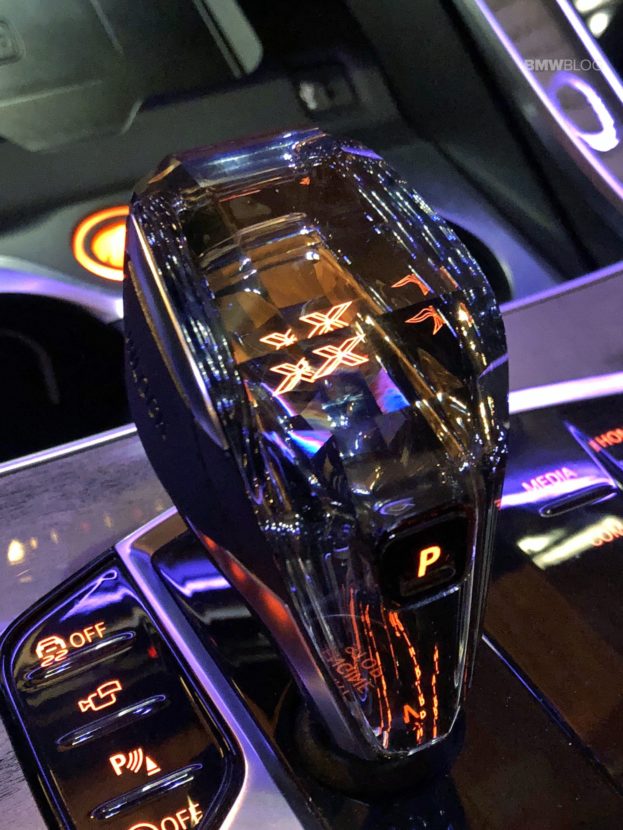 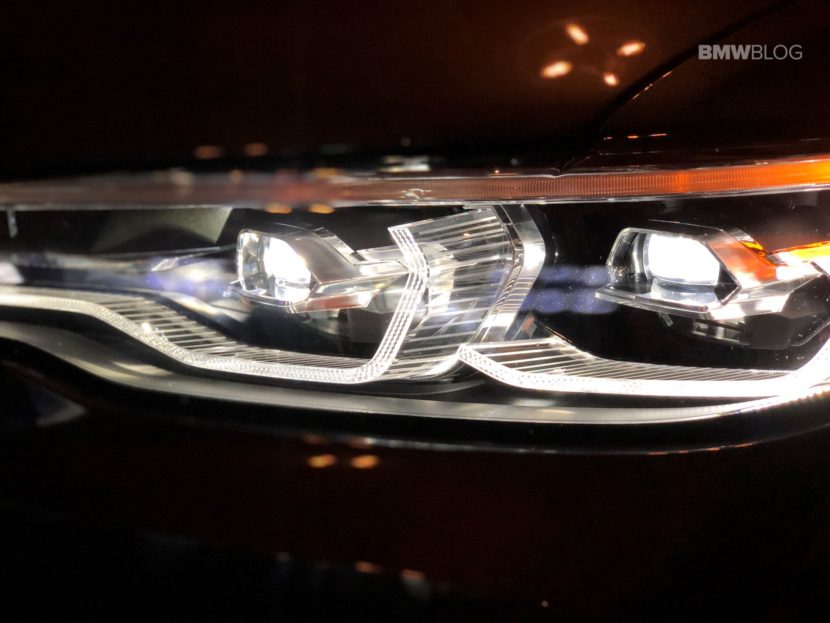 The design is unique and fresh to BMWs line-up.

Initial impression – it’s a big, bold, luxurious BMW SUV. In that regard, BMW hit the nail square on the head. The next thing I’m looking forward to is getting some miles on this colossus of luxury!

Stay tuned to BMWBLOG for more info on the X7 plus more. In the meantime, scroll through the photo gallery and see it for yourself!